Does super-computer Watson stand a chance on Jeopardy? 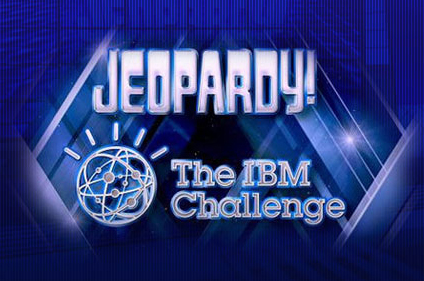 Remember when Deep Blue beat world champion Garry Kasparov at chess back in 1997?

Although Deep Blue won that six-game match, many AI commentators pointed out that the accomplishment was focused on a very narrow cognitive area – understanding the rules of chess, and selecting the best move to play within a specified time format.

While the accomplishment was significant, it was still more about programming and CPU speed than about anything we would call “machine intelligence”.

Now 14 years later, IBM is back. This time it’s all about Watson, a super-computer that will compete on Jeopardy against two of the all-time champions of the well-known quiz show.

“So what?”, I hear you say, but actually you should expect to see some mind-boggling technology at play here. Voice recognition, natural language semantic analysis, heuristic search algorithms… Just thinking about how to program all of that – and get a response within two or three seconds – is enough to make anyone’s head hurt.

In order to win Jeopardy (or even participate), Watson needs to handle not only a vast range of subjects, but also the cognitive challenges involved in understanding and analyzing Jeopardy clues (not to mention Alex Trebek’s sense of humor). These usually require some level of linguistic intuition and cultural awareness, in addition to encyclopedic knowledge.

So although it is still about programming and CPU speed, this time around the computer’s performance is likely to cross the line into a domain that most of us would consider “intelligent” in some sense.

Sceptical? Then think about the original test of machine intelligence proposed by Alan Turing – “A human judge engages in a natural language conversation with one human and one machine, each of which tries to appear human. All participants are separated from one another. If the judge cannot reliably tell the machine from the human, the machine is said to have passed the test.” [source Wikipedia]

Of course, the Turing test raises a host of questions, among which my favorite is whether the ability to behave indistinguishably from a human is, in itself, a definition of intelligence…

But I digress. Regardless of how one chooses to define intelligence (or lack thereof), it will be interesting to see how Watson performs tonight and the following two days. Make sure to watch these episodes of Jeopardy, if you are even vaguely interested about how advanced computer science has really become…