The Amazing Story Of Class 4 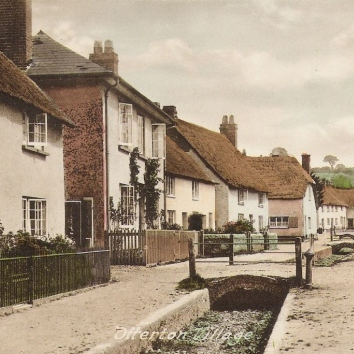 Tucked away in a cute, typically English village near Exeter on the south coast of Devon, Otterton Primary School is a little gem of the British educational system.

As a topical project for 2012, Class 4 and their teacher Mrs Evans have been exploring the Olympic values of Pierre de Coubertin:

The 13 students of Class 4 may be just 10-11 years old, but they never do anything half-heartedly. They have decided to organise a project around these themes. Each of them will individually raise funds for charity through a personal “Olympic enterprise” which could involve anything from washing cars to baking cup-cakes.

When Mrs Evans told Class 4 about my challenge to run 10 marathons in 10 days, they decided they would add a “relay marathon”, no less, to their Olympic values project. As part of their maths lesson, they measured the perimeter of their school playground, and calculated how many laps they would have to run in order to cover the marathon distance of 26.2 miles.

On 15th June, each student will take it in turn to run 2 laps at a time, sporting a Team 13 shirt. They expect to finish the complete distance in just over 3 hours. Yes, I am jealous of their speed!

Class 4 will be asking their families and friends for sponsorship to run this marathon. The funds they raise from this, and from the proceeds of their “Olympic enterprises”, will be donated to Brathay Trust.

These young children have displayed amazing autonomy and initiative. They have sorted out their own objectives, written and submitted their project plan to the school head for approval, and taken responsibility and ownership of their own project. Mrs Evans tells me that she has rarely seen them work so hard! I am sure that their enthusiasm will be matched only by their success.

Every penny of the funds raised by Class 4 will help Brathay Trust equip disadvantaged young people with the tools to regain their self-esteem and take charge of their own future. It is fitting, somehow, for Class 4 to be supporting their less fortunate peers.

I am honoured, and humbled, by the selfless and spontaneous support of Class 4. Their attitude and values will make for balanced, responsible adults later in life. We have much to learn from them, and I commend them as an example to follow.

If you would like to show your support for Class 4, and for the young people that Brathay helps, then please visit my fund-raising page at www.justgiving.com/robruns10in10.

Thank you sincerely for your support.